Terrorists inmates in Guantanamo Bay now claim that having female guards transport them is an insult to their religion.  They say that contact with unrelated women is against their Muslim faith.  I say, so WHAT!  Every day I am amazed at what’s happened to the world we live in.  Everything has been turned upside down and common sense is scarce.  Only in America would we let our captured enemies dictate to us, how they are to be treated.  Only in America, would we put the desires of killers above the rights of our own citizens.

Now, it’s not surprising that these terrorists who want to destroy America, would make unreasonable demands.  After all, they are unreasonable people.  But what is surprising, is that WE HAVE  GIVEN IN TO THESE DEMANDS.  My first question is, who in their right mind would agree to such a thing?  The answer is,  Army Col. James Pohl, a military judge.  He issued an order that prohibits female guards from transporting these terrorists.  Here we have an American military judge not only giving in to unreasonable terrorist demands, he is making a statement that the rights of those who want to kill us are MORE IMPORTANT THAN THE BASIC RIGHTS OF WOMEN! 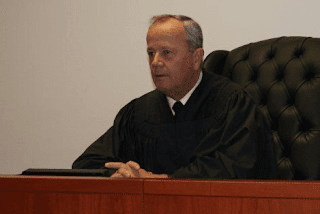 Right now there is a movement in the military to allow women access to the sames roles as men.  The military has even been opening its elite forces to women.  Part of Hillary’s campaign platform is on women’s rights.  And we are still talking about paying women the same as men.  In this day and age, anyone who would argue against paying women in the same job, the same as a man would be looked at as crazy - and rightfully so!  But here we are talking about putting the unreasonable desires of terrorist prisoners above the RIGHTS of American women!

So I ask, where is the outrage from the left?  Where are the women’s rights groups?  Where are the Democrats? Where are the liberals in America?  I don’t understand.  We are to believe from the media that the Democrats are the ones who are compassionate.  The Democrats stand up for the common people.  The Democrats are the great defenders of women and minorities.  Well, where are they?  They are nowhere to be found.  Luckily, there are a few of our representatives who find this as outrageous as it is, and are speaking out about it.  Senators, Kelly Ayotte, Tim Scott, and Shelley Moore Capito held a joint press conference to speak out in support of the female guards.  And what do they all have in common?  They are all Republican.  I guess that’s why we haven’t heard about this from the mainstream media.


I know this sounds like a ridiculous question, but based on their silence, I have to ask.  Does the left really care more about the terrorists responsible for killing 3,000 Americans than American women???
Posted by Conservative Citizen at 11:09 AM